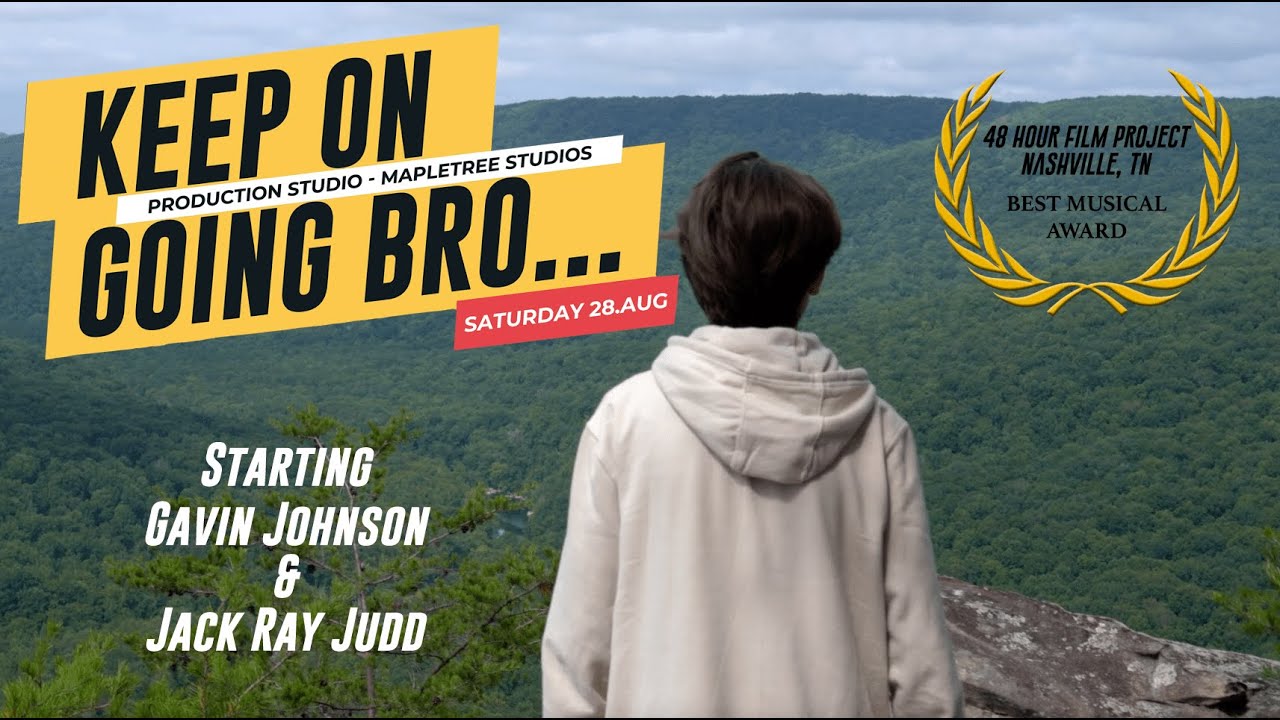 “Keep on Going Bro” is a short film created for the Nashville 48 Hour Film Project. This film won The Best Musical Award and was created by team Keep It Reel.

Synopsis:
Gavin is a 15 years old young man struggling with the loss of his older brother Jack. In his head, he created this fantasy world that he can walk in and out of reality.

Music:
All music in this film was composed and written by Jack Ray Judd, a local artist in Sparta, TN who plays at Happy Trails Brewery & Taproom
https://www.facebook.com/jack.judd.9615