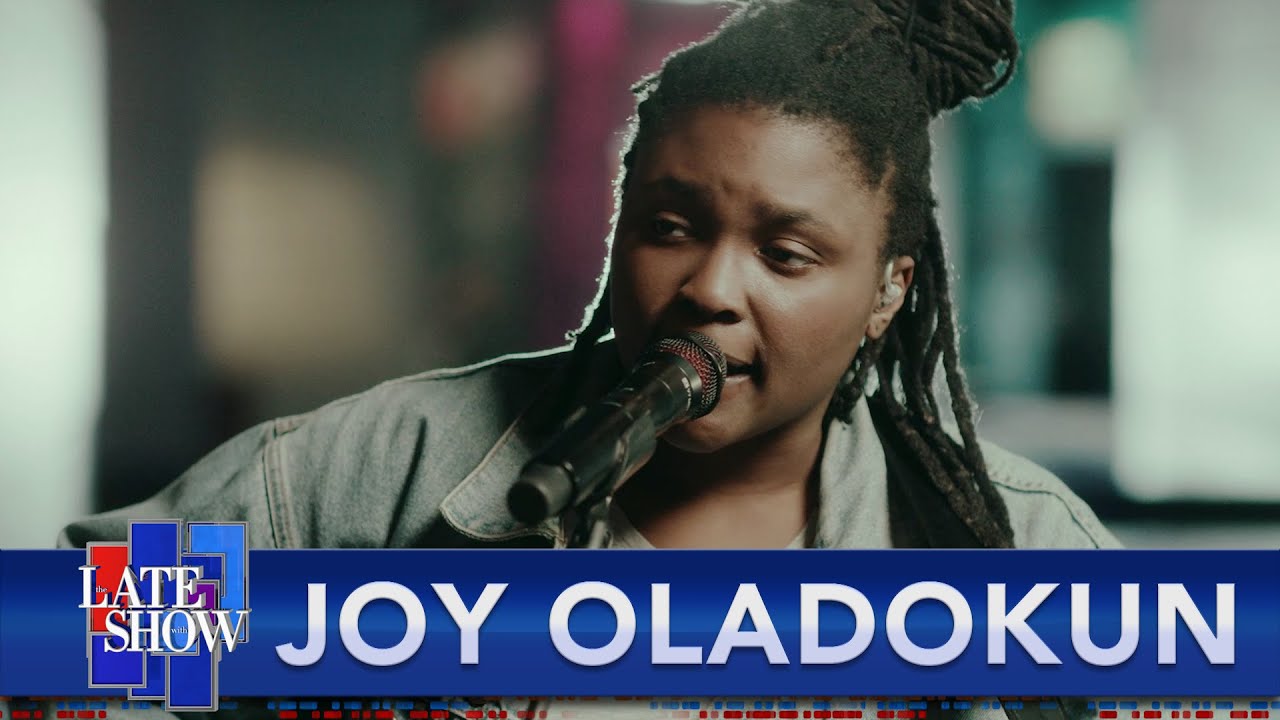 Performing “sunday” from her album “in defense of my own happiness,” Joy Oladokun joins us from The National Museum of African American Music in Nashville, Tennessee. #Colbert #Music #JoyOladokun