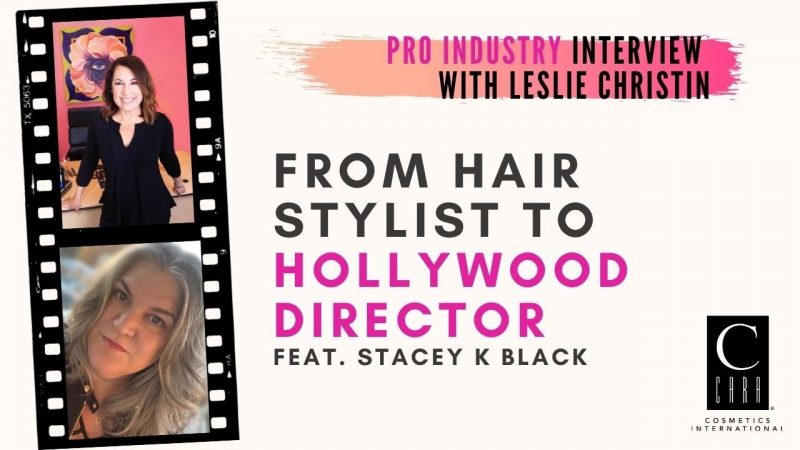 About Stacey Black
Stacey K. Black has directed episodes of Stumptown, All Rise, Station 19, A Million Little Things, NCIS New Orleans, The Fix, Midnight Texas, Bull, MacGyver, Major Crimes, and The Closer. She also directed a feature length music documentary, Send My Mail to Nashville, which showcases songwriters from all over the world who moved to Nashville, TN, to chase their songwriting dreams, music videos for artists Nolan Neal (from The Voice), Cindy Alexander, Kevin So, and numerous short films and videos. She is currently developing television series and feature films.

Stacey Created, Executive Produced and Directed 4 of 7 episodes of Trouble Creek, a quirky web series available on YouTube which was a festival favorite, raking in numerous awards and accolades. Stacey has recut her Nashville documentary into a 12 episode web docu-series, which can also be found on YouTube.

As a Composer / Singer / Songwriter, she has had songs placed on Pretty Little Liars, The Closer, CSI: NY, the award winning short films The Trial of Ben Barry and The Waystation,, as well as numerous other short films. Her solo albums, “Oxygen” and “Guarding the Castle,” and the album “A Borrowed Road” which she recorded with her So-Cal Indie Rock Band, Nobody’s Station, are all available on iTunes / Apple Music, CDBaby, and through other online merchants. Nobody’s Station’s music is featured on the short films The Waystation, and Sister Judy and the Delinquents.

Before parlaying into Directing, Stacey enjoyed an Emmy Nominated career as a Film and TV Hairstylist, on series and movies including Major Crimes, The Closer, Glee, Running with Scissors, The Stepfather, Nip/Tuck, Providence, Total Security, and EZ Streets.

Stacey enjoys sushi, pho, pizza, and zumba. In that order.

✔ I N S T A G R A M
http://instagram.com/caracosmetics

Welcome to CARA Cosmetics youtube channel and thanks for watching, CARA Cosmetics’ focuses on real live clients, and teaching makeup and skincare education to inform our viewers with intelligent real life makeup artistry.
ABOUT CARA COSMETICS AND CARA SKINCARE
CARA Cosmetics’ philosophy is to “live life beautifully”.
CARA Cosmetics is an American Brand, Woman owned company and Manufactured in the U.S.A. CARA Cosmetics is a makeup line created for every woman to enjoy simplicity, multi functionality of products and a high quality cruelty-free line that contributes to minimizing waste with refillable palettes and waste-less packaging.
Leslie Christin founded CARA Cosmetics while working on film and television sets as a makeup artist and our motto is “We test on Actors and Not on Animals”. She has utilized her experience in the film and television industry, which she spent transforming the faces of some of this country & most renowned celebrities, to create a professional makeup line perfect for today’s high definition media standards and the everyday makeup consumer.
In 2017 The CARA Skincare line was created. CARA Skincare’s philosophy is to be kind to the skin, to the planet and to the soul. The skincare line was created out of a need to prepare the canvas for the makeup artist and the intelligent beauty consumer. CARA’s formulas were created with one purpose: to be the superior. Only the finest quality, highest performing ingredients are included in the highest concentrations that yield the desired results. These formulations have high concentrations of natural and botanical extracts, including the latest technologies of Peptides and Hyaluronic Acids that provide excellent results.
CARA Cosmetics Benefits: Hypoallergenic, non comedogenic, silky texture, true to color, long lasting, fragrance-free, cruelty-free. CARA products can be purchased online at www.caracosmetics.com and at the flagship retail store Studio CARA (www.studiocara.com) in Orlando, Florida, along with select retailer spas, medispas, salons and boutiques throughout the U.S.
For more information about CARA Cosmetics Brand and to purchase products::
www.caracosmetics.com
Phone: 407-622-1997