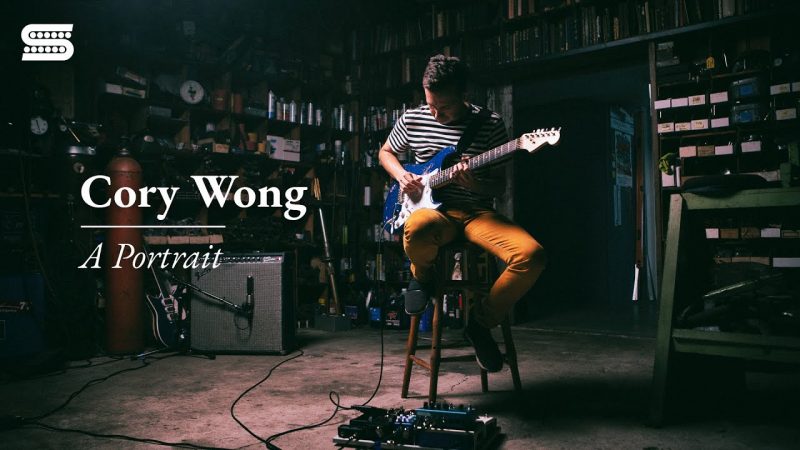 During the summer of 2019, Cory Wong traveled to the Seymour Duncan tiny house, located just outside of Santa Barbara, CA, to film our fifth Seymour Duncan “Portrait Series” video. Cory is an exceptional musician, guitarist, and multi-instrumentalist, who’s had an expansive genre-crossing career as a songwriter, composer, performer, frontman, bandleader, band member, and session and touring guitar player.

Hailing from Minneapolis, MN, Cory spent the early part of his career focused on jazz, performing in clubs throughout the Minneapolis and Saint Paul regions. After quickly gaining notoriety and recognition in the MN scene, Cory found himself traveling to Nashville, TN to perform. There, he connected with artists like Ben Rector, Bryan White, Brandon Heath, and Dave Barnes, supporting and performing alongside them as a session and touring guitarist. All the while, Cory continued sharing the stage in Minneapolis with veteran members of the city’s R&B, Funk, and Soul scenes, including former members of Prince’s band: Michael Bland and Sonny T.

In 2013, Cory connected with Los Angeles-based funk group, Vulfpeck. Shortly after performing alongside them as a featured guest on his namesake track, “Cory Wong,” Cory went on to become a formal member of the group in 2016. He has since recorded on every one of the band’s five album releases and performed on every tour.

In addition to his role in Vulfpeck, Cory leads his own instrumental funk quartet alongside Snarky Puppy guitarist Mark Lettieri, Vulfpeck bassist Joe Dart, and drummer Nate Smith called “The Fearless Flyers.” As a collective, they have released three albums and, in 2019, shared the stage alongside Vulfpeck at their sold-out show at Madison Square Garden.

Cory also has a prolific solo career and has released eight successful studio albums and six live albums under his name. In 2020 alone, Cory released five studio albums and three live albums, including his 2020 release with Jon Batiste, “Meditations,” which is nominated for a Grammy: Best New-Age Album.