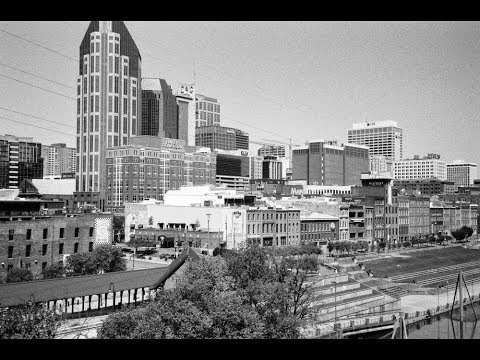 Walk some of Nashville’s most popular area’s with me as I make photographs on Ilford Delta 400 black and white film, using a vintage Olympus 35 EC camera from the early 1970s. We will visit the Broadway entertainment (honky tonk) district, the Shelby Street Pedestrian Bridge, the historic riverfront, the Bicentennial Mall, and other sites in between.