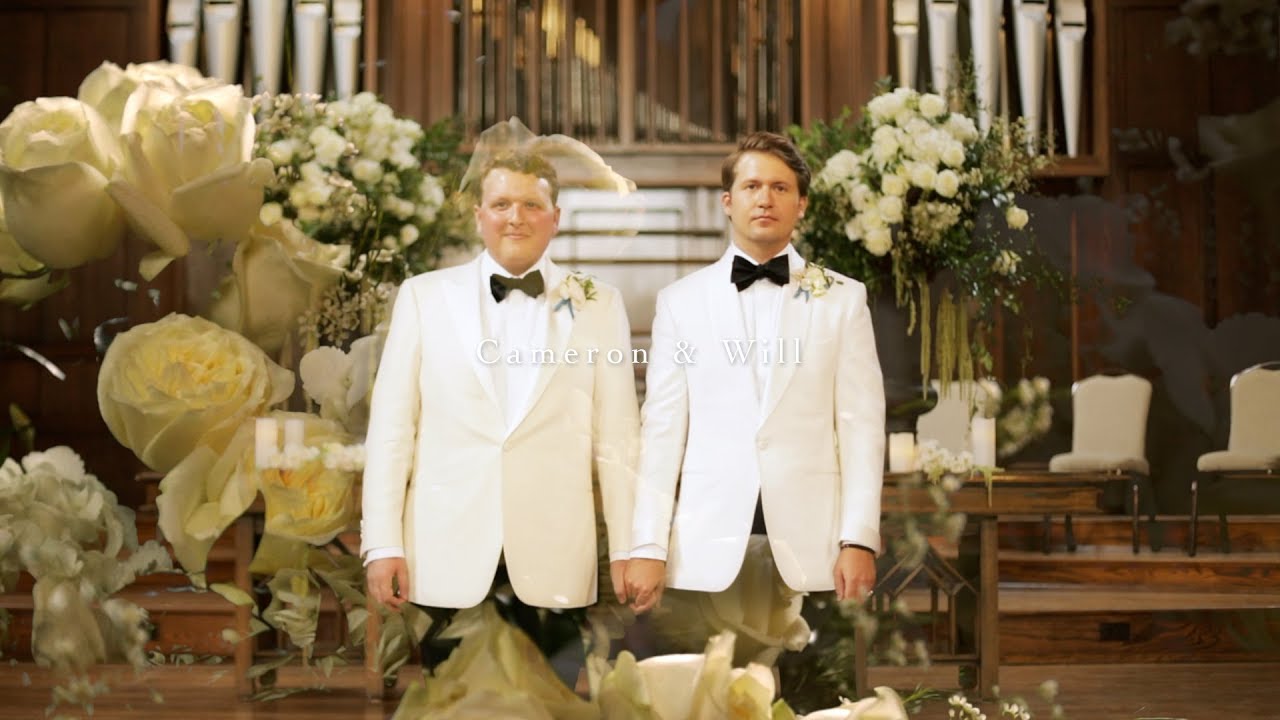 Wow- that’s the first word that comes to mind when I think of Will and Cameron’s wedding day.
I first met Cameron 10 or more years ago (which is wild to me) and have always been inspired by his journey and spirit. He met Will after living in New York City for a few years, and the rest is history! When I learned they were engaged, I knew the wedding would be out of this world.
The sight of fresh florals and the sound of a choir filled the Wightman Chapel at the Scarritt Bennett Center. Watching the both of them tear up got me in the best way! Then Cameron’s parents’ toast during the reception at Cheekwood made me REALLY tear up too. “Cameron, you’ve always followed your gut. That used to scare us to death. I prayed over you when you were little, most nights, that God would lead you to the person He’d have you to marry. Being perfectly candid, this wasn’t what I expected. But it’s okay- because you followed your gut.”
I’m so grateful to film weddings like these, and to celebrate a love like this. Take a peek into Cam and Will’s wedding preview now!