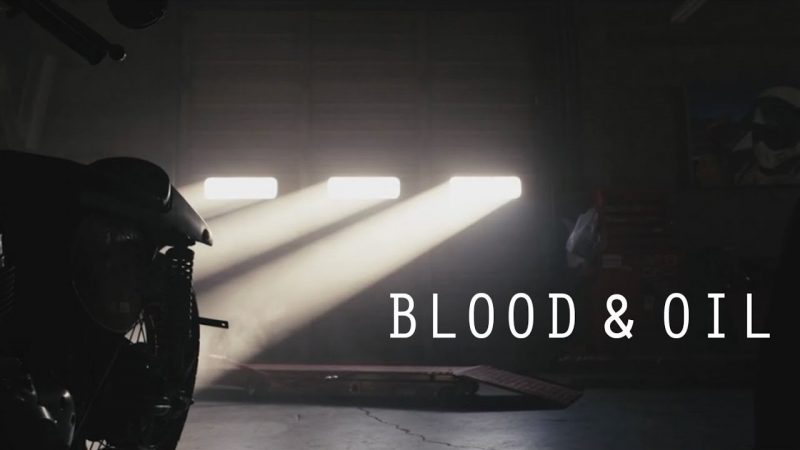 Blood & Oil is a short film I have wanted to shoot for some time. It speaks to all avenues of passionate endeavors and the common thread of desire, determination and relentless pursuit it takes to see them through. That feeling that wakes you in the dead of night, the call to action that courses through your veins. It doesn’t matter what you do or what your passion is, there is always room to be challenged, to grow, advance and to be more inspired.

With that heart and intention, Blood & Oil is about wanting to create, be more awake and to be more alive. I have been lucky enough to both work and play with truly ambitious and talented people that push me more everyday, to those people I say a very special thank you.

And I thank you for watching and to those who share this film. It was a very ambitious shooting schedule, we shot 16+ set ups in 9 locations in 3 days, not including the pick up/spontaneous shoot days. A behind the scenes blog is being posted on my website, with extra photos and extra footage!

The last of the embers cool in the waking dawn
as the silence echoes through the empty roads
and the beat of heavy hearts stir the morning air
The wasteland smiles, a grin tired and stretched too thin

Built on rotting soil the city starts to crack, the foundations perish and crumble
Trapped and left wanting, the weary stay hidden behind heavy doors and rusted locks
The undeserving cling to chances untaken
There is no escape

The darkness starts to build
I welcome the storm with my fists clenched, the aching seething from my bones
I cannot show you. I cannot take you with me
The course is already written
Moving in harmony, tracers strangle out the light
The consumption of every movement greedy and unsatisfied
From the wreckage the oil runs
Turning the blood of the fallen thick and black

Quiet is the pulse of the driven
Freedom is not levity, but the untold fight of the knowing
A force understood only by those who possess it
Dare to look up
Dare to breathe

To trust the hopeful and stack your spine