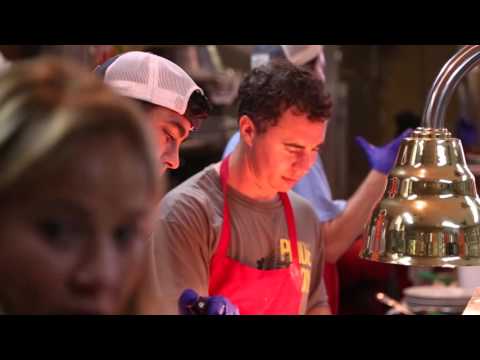 This year, Eater is teaming up with James Beard award-winning Southern Foodways Alliance to spotlight their documentary work, premiering a short film every other week. This next piece focuses on Arnold’s County Kitchen, an iconic and family-owned meat and three lunch spot in Nashville, TN. Owned by the Arnold family for over 30 years, the steam table and tray line attracts a cross section of the city’s population, from blue collar workers to young creatives to politicians and judges. Everyone waits in line, everyone grabs a seat at the long communal tables. Check it out.

Check out the new season of Savvy and learn “The Secret To the Best Cookie Buttercream Sandwich”: https://goo.gl/4sCNhp

More info on Behind the Scenes at Arnold’s, Nashville’s Iconic Meat and Three

Behind the Scenes at Arnold's, Nashville's Iconic Meat and Three - BingNews Search results