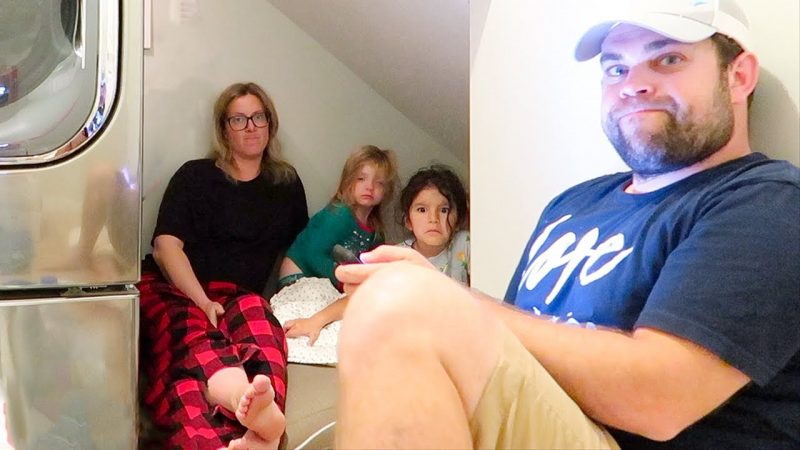 After moving into the house, this was our first experience with our new area and the tornado warnings that come.

Hi! We are Phil and Alex and we left California to travel with our family full time in an RV. After 9 months, we settled down in Tennessee to get ready for baby girl.
We are a family grown through the miracle of adoption. Our precious daughters are Kinsley Grace (4 years old) and Callie Jo (3 years old). We are currently pregnant with our third daughter through IVF.
We are about to face new challenges this year because baby girl will be born with a congenital heart defect (CHD) called AV Canal and Coarctation of the Aorta. We will be facing open heart surgery this year and are so thankful for all of your support and prayers as we navigate this next season for our family.

Our passion is to encourage families through infertility, adoption and building stronger healthier families.

All about INFERTILITY Playlist: