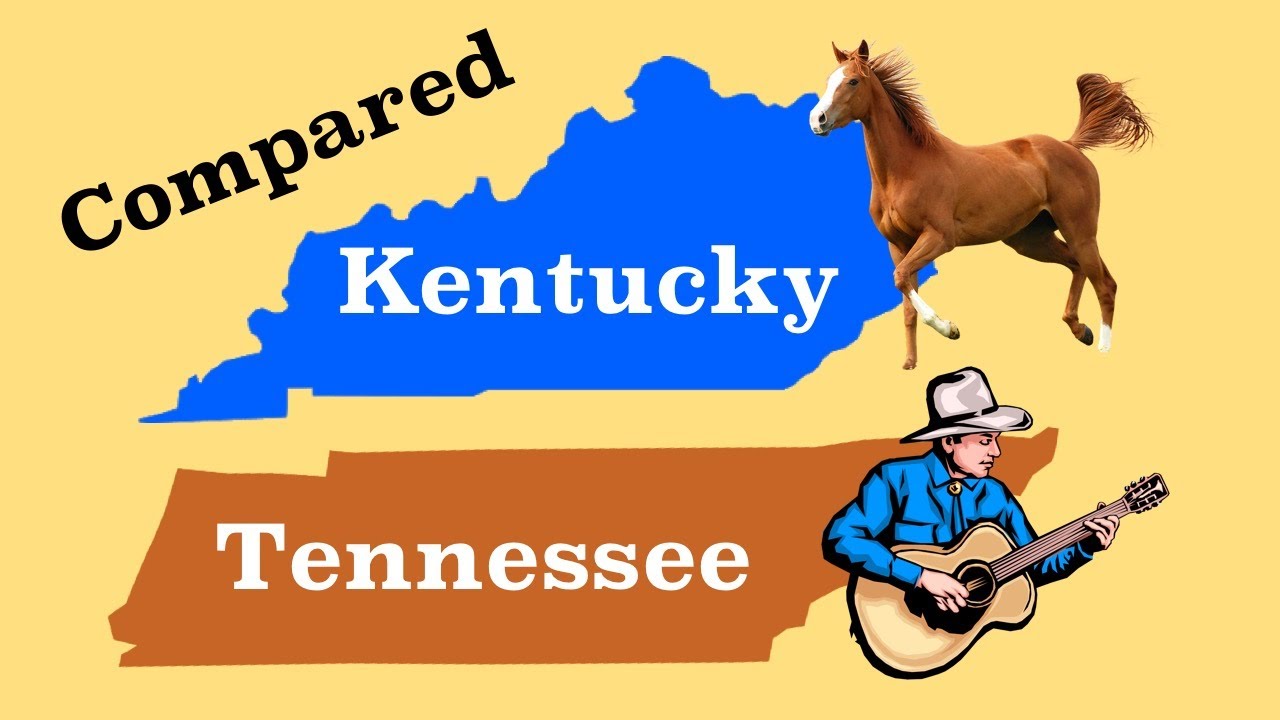 Thanks to Newsvoice for sponsoring this video. Download Newsvoice for free here to support my channel: https://newsvoice.com/mrbeat

Mr. Beat compares and contrasts Kentucky and Tennessee, the two long and narrow southern states that actually are more different than they are alike. Wait a second, is Kentucky really a “southern” state?

Produced by Matt Beat. All images/video by Matt Beat, found in the public domain, or used under fair use guidelines.

Special thanks to the AP Archive for footage for this video. It made a huge difference! AP Archive website: http://www.aparchive.com

The two bordering, kind of long and narrow states, right here in these United States

Both are in the American South, although Kentucky feels more like a mix of the Midwest and the South. I’d argue it has more in common with Indiana than Tennessee.

There’s quite a college sports rivalry between the University of Kentucky Wildcats and University of Tennessee Volunteers that goes back 127 years. But apparently the rivalry goes beyond sports. The two states even used to have a border dispute.

So yeah, let’s jump into the history of both states first. Eh?

Humans have lived in the area for thousands of years. At the time of European arrival, the two dominant American Indian tribes in modern-day Tennessee and Kentucky were the Chickasaw and the Cherokee, although the Shawnee were also dominant in modern-day Kentucky. Europeans made it to what is now Tennessee first. During the 1500s, three different Spanish expeditions passed through there, the first being the Hernando de Soto expedition in 1540. It wasn’t until at least 133 years later that Europeans first arrived in what is today Kentucky. Several French expeditions traveled to it via the Mississippi River. The English first came to what is now both states in the 1670s, and it’d be them that came out in the greatest numbers compared to other European groups over the next 100 years.

By the time of the American Revolution, there were English settlements out that way. In modern-day Tennessee, the Watauga Association kind of did their own thing until North Carolina took over it. Daniel Boone was famously one of the first settlers of European descent to regularly check out both Tennessee and Kentucky, eventually living in Kentucky. He helped build a couple trails so other pioneers could do the same. The more famous one, the Wilderness Road, cut through the Cumberland Gap near the Kentucky-Tennessee border. In 1774, Harrod’s Town, named after James Harrod, became the first permanent English settlement in Kentucky.