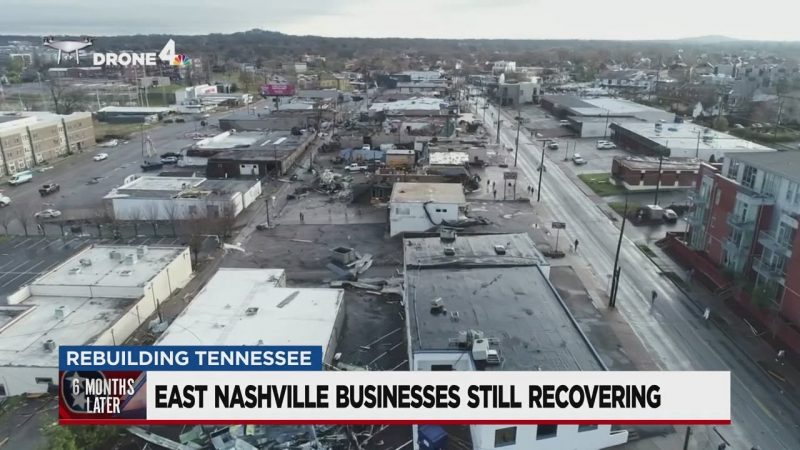 Businesses in East Nashville are still recovering from the March 3 tornado that struck the area.