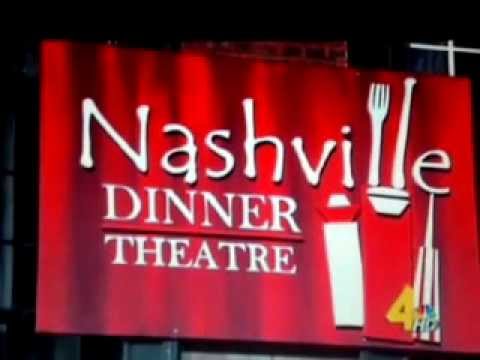 NASHVILLE, TN (WSMV) –
At the Nashville Dinner Theater in Printer’s Alley the sign is on the door, the bar is stocked and the microphones are center stage ready for a show, but if you show up there expecting to see one, you’re in for a rude surprise.

“It was going to be a combination birthday and anniversary present for my wife,” said Dale Anesi, who bought tickets to a show.

Anesi spent 8 on four tickets to see Ruben Studdard in June. He stopped by the day before the show.

“I was told by a lady there that ‘the concert has been canceled, and would you like your money back or to get your tickets back at a later date?'” said Anesi.

Anesi said he tried getting his money back and even gave his credit card information, but still hasn’t received a refund. Apparently he’s not alone. Others have actually showed up on show nights.

“There have been countless victims. Unfortunately for us, our hands are tied. There’s nothing we can really do,” said Chris Hancock of Cumberland Commercial.

Hancock said they had to evict the theater operator Kaine Riggen after several late rent payments. He said the eviction was official June 30.

Hancock said now he’s getting the calls from people who want their money back.

“Certainly vendors and costume owners and props and even other actors at times. We wish we could help them out and wish them the best but at this stage we’re simply just realtors trying to lease the building,” said Hancock.

As of Tuesday afternoon Riggen’s web site said it’s under construction, the theater number is disconnected, and when Channel 4 tried calling Riggen’s cell phone number, we didn’t get an answer.

After the story aired however, Riggens contacted Channel 4.

He changed the website which now states, “On June 29, the Nashville Dinner Theater produced its final performance from our Printers Alley location. We will be refunding any purchased tickets for shows that were canceled. Please email [email protected] for more information.”

The building is now for sale or for lease. Anyone interested should contact Cumberland Commercial Partners at 615-574-3611.