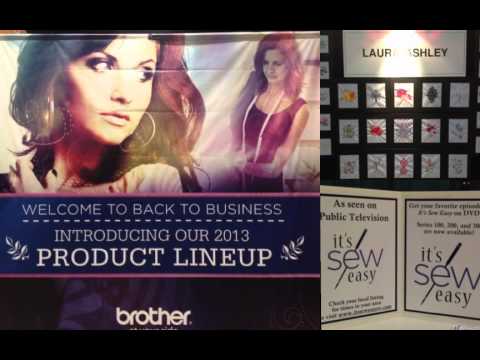 Photos of all of the exciting machines, embroidery, sewing, quilting samples presented at Brother Back 2 Business in Nashville, Tn, 2012

More info on Brother Back to Business 2012, Nashville, Tn