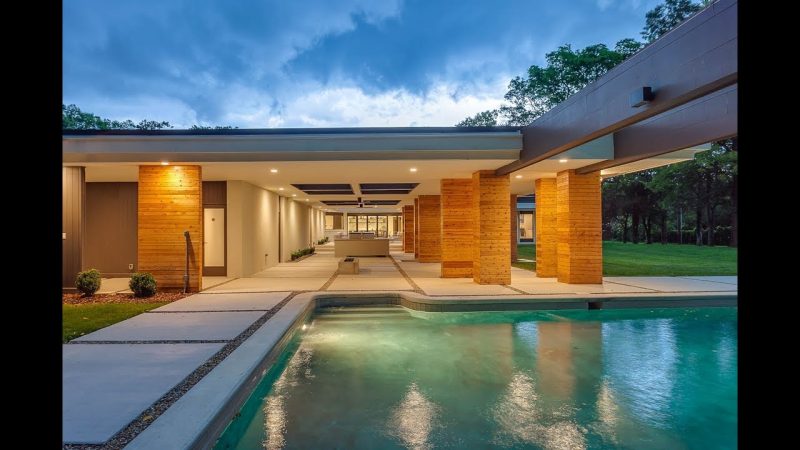 Known to many Nashville residents as First Lady Acres, 4121 Franklin Pike has owned a
place in Country musics history since legend George Jones purchased this amazing estate for
his wife, Tammy Wynette in 1974.

In Nashvilles world of Equestrian estates, Federal Colonials and Tudor Revival architecture,
this spectacular mid century modern estate quickly became one of the crown jewels of Music
City. During their time in residence, the homes super star owners enjoyed immense success
as a country power couple and to help celebrate that success the duo loved to entertain! Their
parties were famous among the whose who of the music industry and much to the
pleasure of Tammy and George, an invitation to First Lady Acres quickly became more
coveted then an invitation to the White House! Because of its unique place in Country
Music history, the estate earned a spot on Entertainment Weeklys Whats Country in
America, and today is listed alongside Nashvilles legendary Grand Ole Opry, Music Row
and the Country Music Hall of Fame!

While its true that Tammy Wynette and George Jones may have been the estates first
celebrities, they were by no means the only music legends to call Lady Acres home. As a
matter of fact, some could argue that the secret to music success may very well be found at First
Lady Acres! Through the years this grand property has been owned by famous record label
impresario Gayron Moe Lytle, 4 time Grammy winner Earl Scruggs and as of 2015, this
home continued its streak of Grammy success with its newest owner Scott Underwood,
founding drummer for the band Train!

Scott and his wife, LA designer Cheryl Underwood began a true labor of love when they took
on re-imagineing First Lady Acres. The Underwoods vision for the project was to preserve
the architectural integrity of the estates history, but to reconstruct the spaces with the clean
and modern lines of todays living in mind. With a nod towards California contemporary
design, the Underwoods have truely created a luxurious indoor and outdoor space that works
in perfect harmony with the spectacular Tennessee countryside and the iconic Nashville
address.

Located in the prestigious Oak Hill area, 4121 Franklin Pike occupies 8 wooded acres of some
of the cities most coveted real estate and boasts nearly 10,000 covered square feet of living space.
Designed for both family living and large entertaining alike…. this magnificent estate is truly one of
Nashvilles crown jewels.