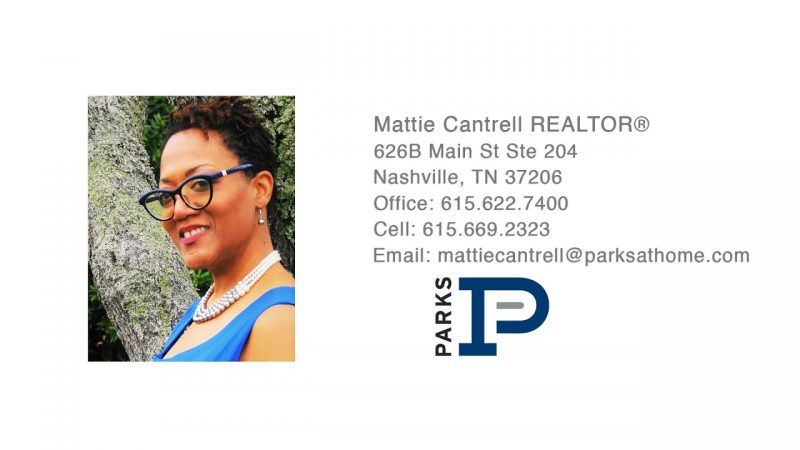 Mattie Cantrell has been an active member of the Nashville community for over 15 years now and is so excited to be turning that community focus toward real estate.

With a passion for service in the Nashville area Mattie is ready to help with your home buying and selling needs. As a proud member of the Parks – East Nashville family Mattie carries the values of hard work integrity and outstanding client service into everything she does.

When Mattie isnΓÇÖt making home ownership dreams come true for her clients she enjoys spending time writing serving with community and educational organizations and making memories with family and friends.